What Are Containerized Microservices?

In this guide, we’ll explain containers, microservices, and how they work together in simple terms – so you finally know what everyone is talking about at the office.

We’ll do this by covering the following topics:

Feel free to skip to the sections that interest you most, and share this guide with anyone who needs an easy explanation of containerized microservices.

How the Limitations of Virtual Machines Led to Containers

To fully gain an understanding of containerized microservices, we have to begin with what came before containers: virtual machines (VMs). Organizations have used VMs since the 1960s to run multiple operating system instances on the same server. VMs let you isolate applications from each other for greater stability without investing in another physical server for each instance.

In this respect, VMs can save you money and resources. The problem is, a VM still uses a lot of system resources. This is because it makes a virtual copy of everything – including the operating system and all the hardware it needs to run. That’s fine if you have enough unused server resources to support the VMs you need. But if you’re running VMs in the cloud, you’re probably paying for the exact amount of server resources you need.

Spinning up additional VMs require you to buy more cloud RAM, clock time, and operating system licenses. These high costs of running many virtual machines in the cloud is a top reason many are switching to “container” technology. It’s a lighter-weight, faster, and more cost-effective alternative.

As the popular choice for running microservices applications, containers achieve operating system virtualization by “containing” only what’s required by an application for autonomous operation. They include executables, code, libraries, and files – then packaging it as a single unit of execution. From the perspective of the containerized microservice, it has its own file system, RAM, CPU, storage, and access to specified system resources. It doesn’t even know it’s in a container!

Unlike a virtual machine (VM), containers don’t need to contain a separate operating system image. This makes containers lightweight and portable and significantly reduces the overhead required to host them. In this way, containers give you more virtual runtime environments for your buck. They offer dramatically faster start-up time as well as they don’t have to spin up an operating system when they initiate.

A Brief History of Containers

The idea of “containerization” isn’t anything new. The Linux features that make containers possible – cgroups (control groups) and namespaces – were developed and launched by Google in 2007. Originally known as “process containers,” the Linux cgroups feature lets you isolate processes running in the same Linux kernel. It does this by “containerizing” only the components they require for autonomous operation.

After developing its concept, Google began serving up web-based applications. These apps include Gmail and Google Docs, by using its open-source, Linux-based container solution “lmctfy” (Let Me Contain That For You). In fact, each time you open the Gmail web app, Google launches it in a new container.

Operating system-less runtime environments go back even further than 2007 to the launch of FreeBSD Jails in 2000. FreeBSD Jails let you run, test, and develop a new application in an isolated sandbox before going live. Similar to containers, jails share an operating system with other services and they have limited access to system resources. In addition to jails, we should also mention “Zones” container technology from Oracle Solaris, which came out in 2004.

These days, Linux – and its cgroups and namespaces features – are the preferred OS for launching containers. Companies like Docker and Kubernetes have also developed powerful open-source technology to make containers more user-friendly, reliable, and secure.

The Benefits of Containers

Before moving on to microservices, let’s review the benefits and characteristics of containers:

A microservices architecture is a strategy for building applications. It divides what would normally be a monolithic application into a suite of independent, loosely-integrated services – called “microservices.” These microservices work together to create a “pluggable” application architecture. The individual services communicate with each other via language and platform agnostic APIs. The APIs are usually exposed as REST endpoints, WebHooks, or lightweight messaging protocols like RabbitMQ.

Compared to traditional, monolithic applications, microservices applications are more agile and flexible. By keeping the connections between the individual microservices “loose” and “pluggable,” developers achieve an application architecture that facilitates development, upgrades, and maintenance.

Enterprises are also using iPaaS tools like DreamFactory to connect cloud-based microservices to their existing on-premises and cloud-based IT infrastructures. This allows enterprises to quickly integrate new services and features into their existing suite of business systems without extensive coding or delays.

The Benefits of Microservices

The benefits of microservices include:

A great way to introduce how containerized microservices work is to describe the other strategies for running microservices (and explain what’s wrong with them):

Running microservices in containers with their necessary executables and libraries means that each microservice operates autonomously with reduced interdependency on the others. Moreover, multiple containers can run on a single OS instance, which eliminates licensing costs and reduces system resource burdens.

The primary Linux features that make containerized microservices possible are namespaces and cgroups features created by Google in 2007. Let’s take a look at these features and how they work in detail:

Namespaces: The Linux namespaces feature allows you to create an isolated environment. It packages all the components required for a microservice or application to run autonomously. You can run multiple namespace “containers” on the same Linux kernel or virtual machine. From the container’s point of view, it does not know that it’s a “machine within a machine.” Microservices cannot access the system components that belong to the larger system (like process trees, filesystem mounts, user IDs, etc.). It also can’t see the other namespaces, containers, and applications operating on the system. By isolating the execution environment for a microservice and its executables and libraries, you contain the microservice.  No need to quarantine the application code within a separate virtual machine. This reduces server workload and frees up processing power.

Cgroups: The Linux cgroups features complete the container “puzzle” by offering a mechanism to limit and control the system resources given to each containerized microservice.  cgroups lets you assign levels of processing power to different containers according to their need.  You can also aggregate sets of tasks into hierarchical groups with clearly-defined behavior. This creates a more strategic workload placement. The result is a runtime environment that acts like a virtual machine without the processing burdens or costs of a virtual machine.

The most well-known tools for building and managing containerized microservices are Docker and Kubernetes. They automate the process of using Linux cgroups and namespaces to build and manage containers. Docker focuses on creating containers, while Kubernetes focuses on container orchestration. CO is the automatic process of managing the work of individual containers for applications based on microservices within multiple clusters.

Let’s compare some of the most popular tools for containerized microservices in detail:

Docker was released in 2013 as the first large-scale, open-source containerization solution. Built to make Linux container features (cgroups, namespaces, etc.) more accessible and easier to use, the Docker platform has since become synonymous with containers and containerized microservices.

Docker’s most popular benefits include:

Kubernetes is another name synonymous with containerization. It is a “container orchestration” tool that helps developers run and support containers in production. The open-source container workload platform allows you to manage a group of containerized microservices as a “cluster.” Within a Kubernetes cluster, you can distribute available CPU and memory resources according to the requirements of each containerized service. You can also move containers to different virtual hosts according to their load.

Working together with Docker, Kubernetes wraps containers in “pods.” Then it automates container deployment and load balancing with the following features:

Two popular alternatives to Kubernetes include: 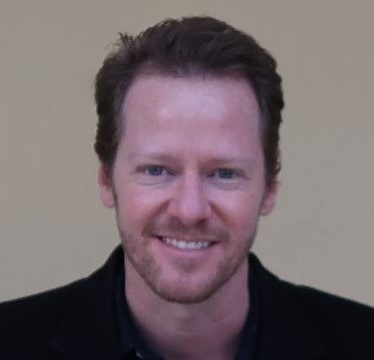