As a followup to the recently published post, “Creating a Geocoder Service Using Dreamfactory and the Google Maps Geocoding API”, I thought it would be fun to continue expanding upon this theme and demonstrate how to create a geofence API using the Haversine equation and a DreamFactory PHP Scripted Service API.

A geofence is a virtual perimeter surrounding a location defined by a specific pair of latitudinal and longitudinal coordinates. For example, the map overlay found in the following screenshot simulates what a 500′ radius geofence placed around the iconic Empire State Building would look like: These days, geofences are commonly used for a wide variety of applications, including providing customers with localized coupons once they enter a store, wildlife management, and security.

In this article you’ll learn how to insert the Haversine Equation into a scripted DreamFactory service. Once done you’ll be able to issue a simple HTTP call to your DreamFactory instance, passing along two sets of coordinates in order to determine how far away a subject is from the target destination. Before doing so though, it’s worth talking about the mathematical formula that makes this all possible, known as the Haversine formula.

This formula involves a fairly heavy dose of geometry, and so I’ll leave it to the aforementioned Wikipedia page to walk you through the mathematical details. We’ll instead focus on converting this formula into its’ PHP equivalent, and making this functionality available via a secure DreamFactory service.

To create the Geofence API in DreamFactory, we’ll begin by creating a new PHP Scripted Service. This is accomplished by logging into your DreamFactory instance, clicking on Services, clicking Create, and selecting Script and finally PHP (see below screenshot). Assign a name, label, and description to the new service. I selected geofence, Geofence API, and Geofence API, respectively. Next, click on the Config tab, and in the text area add the following PHP code:

This is the Haversine formula implemented in PHP and wrapped around a GET HTTP call listener. If you want to return the distance between points in kilometers instead of miles, replace 3959 with 6371. Once saved, and after configuring an associated DreamFactory role and API key, you’ll be able to call your API like so:

Where to From Here?

Managing these sorts of API-based services inside DreamFactory is great for many reasons. Firstly, DreamFactory-managed services are reusable, meaning you won’t have to bother with repeatedly coding the Haversine formula every time the need arises to insert this sort of functionality into an application. You can instead just quickly connect to the existing service!

Would you like to see this example demonstrated in person? Contact our team to arrange a demo. Or download the OSS version of DreamFactory and experiment with this feature for yourself!

There is no question DreamFactory’s native connectors have saved IT teams countless hours of development time. Yet these are almost incidental when one takes into consideration the platform’s ability to integrate with thousands of third-party REST and SOAP services, not to mention create entirely new APIs through the scripted service interface. Further, thanks to DreamFactory’s ability to leverage third-party libraries, new APIs can often be created in just a few dozen lines of code. In this tutorial you’ll learn how to create a DreamFactory-managed geocoding service using Spatie’s popular open source geocoder package. Using this service, you’ll be able to easily convert addresses into latitudinal and longitudinal coordinates, as well as perform reverse geocoding (convert coordinates into an address). Once complete, you’ll be able to use a JavaScript library such as Axios or a PHP library like Guzzle to add geocoding to your application with no additional coding required! END_OF_DOCUMENT_TOKEN_TO_BE_REPLACED 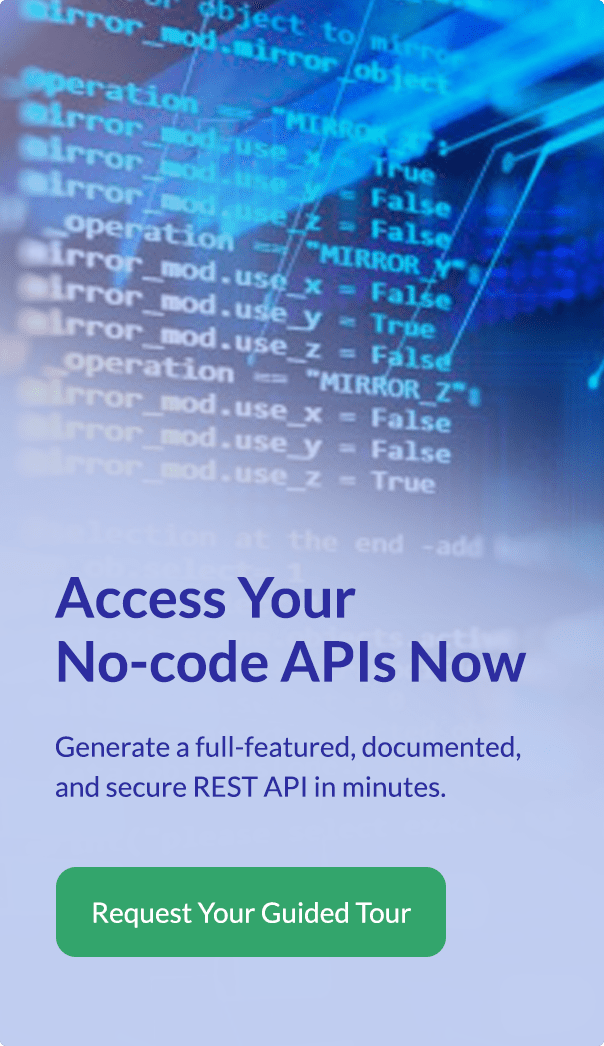